Objectives: To evaluate mycelial growth and biomass production of F. luteovirens in different culture mediums and pH values.
Design/methods/approach: The study was carried out in two stages. In the first stage, the amount of biomass produced and growth rate was measured in five generalist culture mediums. During the second stage, the pH was adjusted to 4, 5, and 6 in three of the five mediums, in order to increase biomass and growth speed shown in the first stage.
Results: pH is an influential factor in the availability of nutrients needed by the fungus, which is shown by the increase or inhibition of mycelial growth and biomass production. During the first stage, coconut and malt extract agar were the most favorable for mycelial development, while corn meal agar was the least favorable. When the pH was modified, malt extract agar with a pH of 4 was the most efficient in terms of growth rate, while coconut agar demonstrated the most biomass production regardless of pH.
Study limitations and implications: The growth of cultures in vitro is slow when compared with other mushrooms species.
Findings/Conclusions: Floccularia luteovirens cultivation represents an alternative to obtain food with a high nutritional
value, safeguard germplasm, and increase and diversify species cultivated; since it is edible, with high nutritional content
and has medicinal properties. 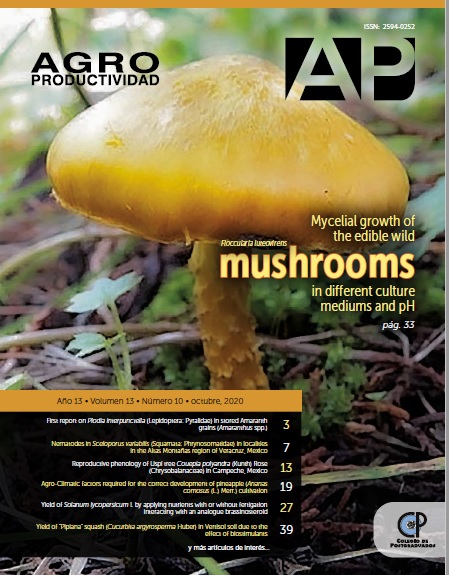 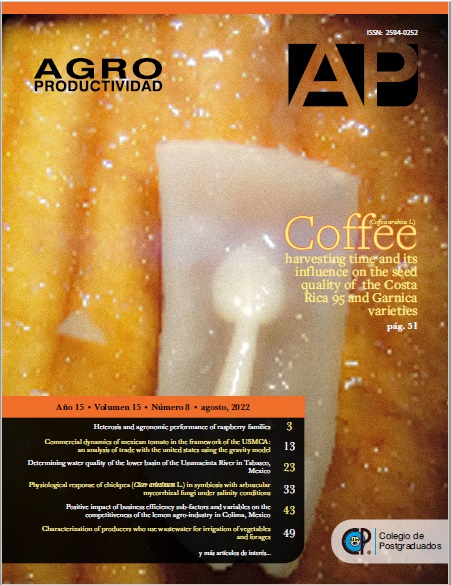