Objective: To analyze the international commercialization competitiveness of the main flowers grown in Mexico compared to United States of America (USA).

Design/methodology/approach: The cumulative growth rate of the production variables of the main flowers cultivated in Mexico from 2000 to 2020 was calculated. The country’s flower trade balance was evaluated. The revealed comparative advantage index (IVCR) of the Mexican floricultural sector was compared with the American IVCR.

Results: Mexican floriculture has expanded in the last two decades; therefore, the 2000-2020 cumulative growth rates of the production variables in most of the flowers studied were positive. It is also a high-income activity. Although only 10.11 thousand ha are used by this sector, the four species of flowers analyzed had a 5.51-billion Mexican pesos production value (2020). Likewise, its trade balance has been in surplus and, in most of the years analyzed, its balance was greater than 90% of the value of exports. In addition, it is competitive in the international market: in 2020, the IVCR of Mexican flowers in the US market was 0.96 and, in the overall period of this study, it has been greater than 0.8.

Study Limitations/Implications: Changes to the Harmonized System Codes hinder the evolutionary analysis of the tariff codes. The IVCR determines if the national market is competitive or not in the international market, but it does not establish which factors would provide competitiveness to the country.

Findings/Conclusions: Floriculture in Mexico has increased in the last two decades. The production value of all the flowers studied increased during the period analyzed. In general terms, the Mexican floricultural market is competitive in the international market; additionally, the different Mexican flowers included in this research have a competitive advantage in the US market. 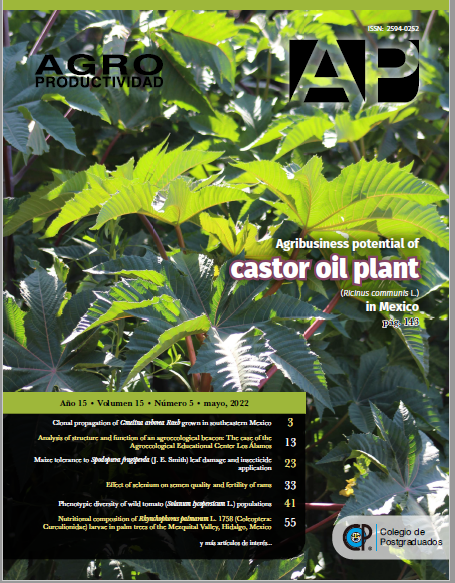