Objective: To know the form of production and commercialization of amaranth in Tulyehualco, Xochimilco, to identify and propose improvement actions.

Methodology: During 2010-2019, amaranth was cultivated in at least 11 states in Mexico, while in Mexico City it is grown in the municipalities of Xochimilco, Milpa Alta and Tláhuac. Xochimilco stands out due to harvested area and production, with 82.9 ha and 91.7 t which represents 60.4% and 55.6% respectively. The information was obtained through the application of a survey through non-probability sampling for convenience, with the selection criterion of individuals who were willing to be surveyed, and the survey was applied from September to December 2019, to n=35 producers, n=3 marketers and n=4 transformers. Amaranth production is carried out in two ways, by means of chapin and directly, and due to its traditional way of producing the crop is ancestral in those areas, so there is a millenary knowledge of the families that are dedicated to planting the crop.

Results: Amaranth production has a positive cost benefit ratio R (B / C) although production is better in direct sowing. Planting with a seedbed (Chapin) has higher costs and yield, however, this does not compensate the producer in profits.

Conclusions: For a potential impact at the level of amaranth production, the adoption of technologies related to density, nutrition and technical recommendations for pest and disease control is necessary 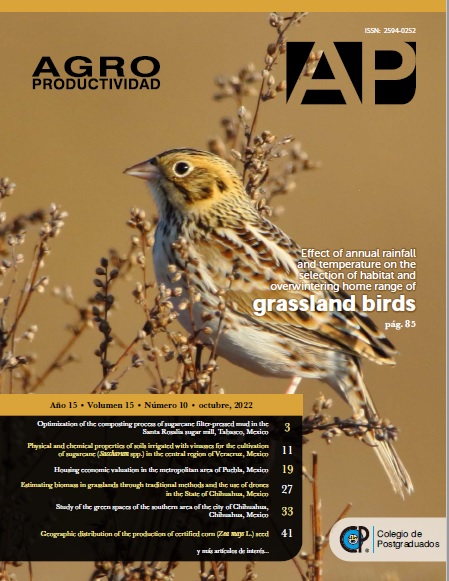