OObjective: To carry out taxonomic studies that determine which formicine species are associated with the
cultivation of Mexican lime.
Design/Methodology/Approach: The study was conducted in eight municipalities and 59 localities of the
Apatzingán Valley region, Michoacán, México, where Mexican lime (Citrus aurantiifolia Swingle) is produced.
A randomized complete blocks design was used in the experiment, where each municipality represented a
block. The repetitions were the number of collections, while the experimental unit was a lime sprout infested
with Diaphorina citri and ants. The collections were direct and were made with an entomological aspirator. The values obtained were analyzed with the SAS University Edition software (2018).
Results: The studied ants belong to the Dolichoderinae, Formicinae, Myrmicinae, Pseudomyrmecinae, and
Ponerinae subfamilies, which represent 15 genera and the same number of species. The subfamilies with the
greatest presence in the eight municipalities were: Myrmicinae, Dolichoderinae, and Formicinae. The species
with the highest impact were Paratrechina longicornis, Forelius mccooki, and Atta mexicana, while Cardiocondyla minutior and Odontomachus sp. had a lower impact.
Study limitations/implications: Social insecurity in the eight municipalities and the new form of coexistence.
Findings/Conclusions: The studied species prefer dry, warm, and disturbed sites. 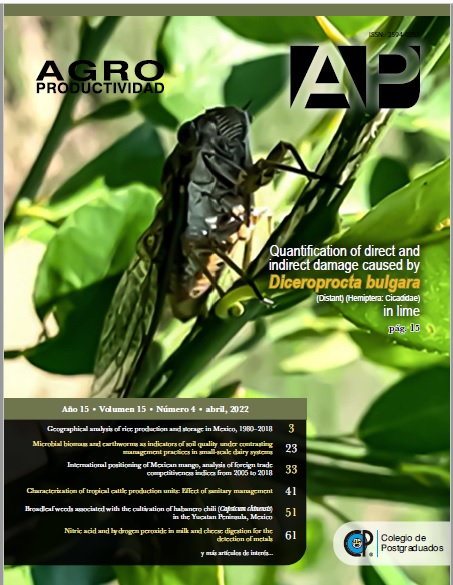